Thomas Cushman is Professor of Sociology at Wellesley College in Massachusetts and the founder and editor-at-large of the Journal of Human Rights. He has written or edited numerous books, including George Orwell Into the 21st Century, A Matter of Principle: Humanitarian Arguments for War in Iraq, and This Time We Knew: Western Responses to Genocide in Bosnia (NYU Press).

Christopher Hitchens was born in Portsmouth, England on April 13, 1949. He was a contributing editor to Vanity Fair and wrote for numerous other publications throughout his lifetime. He was the author of numerous books including No One Left to Lie To, For the Sake of Argument, Prepared for the Worst, God Is Not Great, Hitch-22: A Memoir, and Arguably. He died due to complication from esophageal cancer on December 15, 2011 at the age of 62. 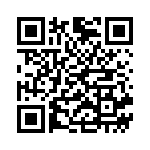