Brian Christian is the bestselling author of The Most Human Human, which was named a Wall Street Journal bestseller and a New Yorker favorite book of 2011. His writing has appeared in Wired, The Atlantic, The Wall Street Journal , and The Paris Review, among others. Brian has been a featured guest on The Daily Show with Jon Stewart, The Charlie Rose Show, NPR's Radiolab, and the BBC, and has lectured at Google, Microsoft, SETI, the Santa Fe Institute, the Royal Institution of Great Britain, and the London School of Economics.

Tom Griffiths is an Associate Professor of Psychology and Cognitive Science and Director of the Institute of Cognitive and Brain Sciences at the University of California, Berkeley. He has published over 150 scientific papers on a wide range of topics, including machine learning and cultural evolution in addition to cognitive psychology, and he has received numerous early career awards, including those from the National Science Foundation, the Sloan Foundation, and the American Psychological Association. 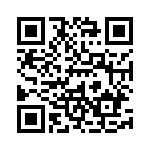